Corinne was born in The Bronx, spent her childhood years in Tulsa, Oklahoma, divided her adolescence between Chicago and The Bronx, went to college in Champaign/Urbana, Illinois, reared her children in Evanston, Illinois, and moved to Michigan in midlife. Living in four states has given her an unusual perspective of this country and introduced her to a variety of people (characters) who populate her stories. Universally recognizable regional accents and situations fill her tales.


Corinne credits her father, Martin Grayson, for instilling in her a love of justice, a passion for history, a wicked sense of humor, and a drive to share stories. She uses her degrees in Theatre, Literature, and Performing Arts to great advantage, whether in the classroom or on stage, to shape personal and public history into inspiring narratives described as powerful and poignant. She has been featured at the National Storytelling Festival and has presented workshops nationwide, was a keynote speaker at the 2005 National Storytelling Conference, sits on the Board of Governors of the International Storytelling Center, and is a College Professor in Humanities at Lawrence Technological University.

Corinne has received several awards, including:


Corinne has received honors and awards for her CDs, including: 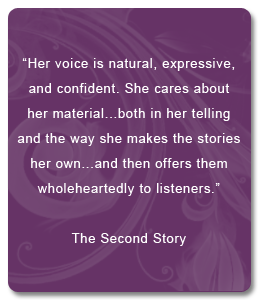 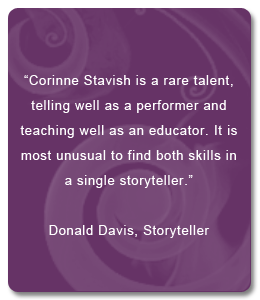